Skip to content
For Physicians // Outcomes Registry // Mechanism of Action 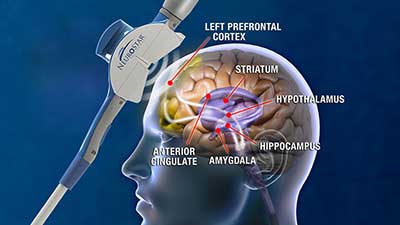 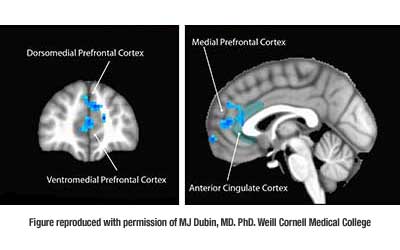 Neuroimaging studies have documented changes in functional connectivity between tissue directly stimulated by NeuroStar TMS and in deep brain regions know to be involved in mood regulation.11

Repeated activation of the left prefrontal cortex is known to produce antidepressant effects in patients suffering from major depression.4

NeuroStar TMS Therapy provides targeted stimulation of the brain regions involved in mood regulation without the burden of systemic side effects.

To chat with one of our sales representatives, please fill out the form below.
This service is available Monday - Friday, 8:30am - 6pm EST
Please use our contact form to reach us any other time.