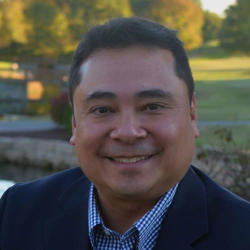 He is Board Certified by the American Board of Psychiatry and Neurology as well as the American Board of Addiction Medicine. He is also a Fellow of the American Society of Addiction Medicine.
He recently served as the Past President of ASAM-Midwest after serving as alternate regional director of Region VII for ASAM.
He has been published in peer reviewed journals most recently in the American Journal of Drug and Alcohol Abuse.
Dr. Taca was one of the first providers to introduce the technology of TMS to the St. Louis area. He has been successful in incorporating TMS services since 2013 and hopes to bring his expertise to the Dallas area.
Since 2009, Dr. Taca consistently gets voted as one of the Best Doctors of America in General Psychiatry and Addiction Psychiatry. This distinction is only offered to those physicians who have been selected by consensus of their peers to be included in Best Doctors. Only about 5% of all doctors in the U.S. are honored in this way by their colleagues as the result of a nationwide survey in which doctors cast more than one million votes.