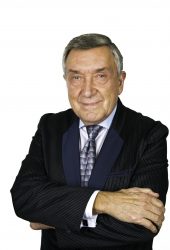 Boris Rubashkin was born and educated in St. Petersburg, Russia. He graduated medical school in 1969 and took his psychiatric residency in 1973. He immigrated to the United States of America in 1974 and spent five years learning English and working in a mental health field in Minnesota.
With his desire to escape from the cold weather, he moved to a warmer climate of Houston, Texas. From 1979 – 1983, he worked at University of Texas Health Science Psychiatric Residency. In 1983, he went into private practice specializing in adult psychiatry. In 1997, he also became a consulting psychiatrist to Long Term Care Facilities in Houston and its surrounding areas. Additionally, he cofounded Behavioral Health Consultants, a multi-specialty outpatient psychiatric office.

Dr. Rubashkin specializes in the treatment of mental health disorders in Adult and Geriatric patients, including, but not limited to:

• Mood Disorders, such as Depression and Bipolar Disorders

With the recent breakthrough in mental health, a non-invasive and non-drug treatment option for Major Depressive patients has been available through Transcranial Magnetic Stimulation (TMS). Dr. Rubashkin will provide this treatment option at the newly established Memorial City TMS.