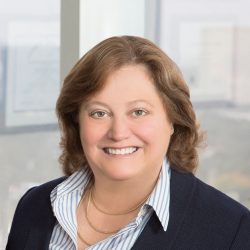 - Received medical degree at Baylor College of Medicine
- Completed her internship, residency and chief residency at Albert Einstein College of Medicine/Montefiore Medical Center
- Spent three years at the National Institute of Mental Health as a Fellow and Senior Staff Fellow specializing in mood disorders research
- Board-certified in psychiatry by the American Board of Psychiatry and Neurology
- Founding director of the Baylor College of Medicine Mood Disorders Center, where she was a tenured professor and Endowed Chair
- Lectures and publishes widely, including several clinical textbooks in addition to her 100+ peer review publications.
- Received numerous awards, including “Super Doctor” based on selection from other doctors (Texas Monthly magazine) and “Outstanding Psychiatrist” from patient advocacy.

Dr. Lauren B. Marangell has spent the last 25 years devoted to pioneering improvements in the treatment of patients with depression and bipolar disorder. Her efforts have made her a leading expert in depression and other mood disorder and helped pave the way for new treatments like TMS. Dr. Marangell’s original research has also included work on omega-3 fatty acids and the treatment of women both during pregnancy and in the post-partum period, the study novel medications and better understand the effectiveness of structured psychotherapy. She has lent her expertise on national television several times, including appearances on Good Morning America and The Today Show. She is now delighted to be focusing on providing state of the art, evidence based care in Houston for people suffering from depression and related disorders.