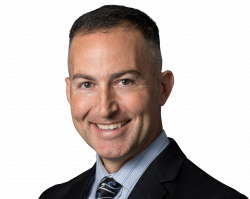 Dr. Hayes is a clinical and administrative psychiatrist in Southwest Louisiana. A native of Massachusetts, Dr. Hayes studied psychology at the University of Tulsa in Oklahoma, then received his master’s Degree in Desert Ecology at Sul Ross State University in Alpine, Texas, before commissioning into the United States Army for medical school at the University of Texas Health Science Center at San Antonio. Thereafter, he completed a psychiatry internship and residency at Tripler Army Medical Center in Honolulu, Hawaii. Dr. Hayes was honored to serve in Baghdad, Iraq, as Chief of the Behavioral Health Department of the 28th Combat Support Hospital, receiving the Bronze Star for his service in a combat zone during Operation Iraqi Freedom. He has received numerous other awards and recognition.

Dr. Hayes is the owner and Medical Director for two private practice operations serving thousands of patients. He provides clinical services to multiple correctional sites, as well as to multiple agencies serving the intellectually disabled. He is also the Medical Director for a predominantly child psychiatric clinic, as well as the Medical Director for the agency providing public behavioral health services to the five parishes encompassing all of Southwest Louisiana. Dr. Hayes has published articles on PTSD and substance abuse and delivered talks at the local, regional, and national level. He is on staff as a preceptor at three advanced practice nursing schools and one medical school, he is a peer reviewer for an international correctional medical journal, and he is a clinical site investigator for a study involving movement disorders. He is also recognized as a thought leader in long-acting injection anti-psychotic medications and serves as a national speaker.