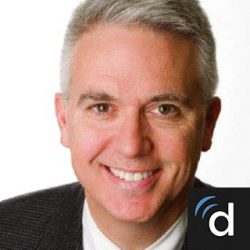 Dr. Fitzhugh has been practicing psychiatry for the past 26 years. He became interested in Transcranial Magnetic Stimulation (TMS) out of frustration with the conventional antidepressants. Patients would frequently suffer side effects such as weight gain, fatigue, concentration difficulties, memory impairment, and sexual side effects. Dr. Fitzhugh has been using TMS for the treatment of depression for almost a decade and has found that over 60% of his patients have received significant relief of their depression symptoms.

Dr. Walter Fitzhugh is originally from Michigan. He has degrees from the University of Michigan, University of Pennsylvania, Boston University School of Medicine, and Harvard University. Dr. Fitzhugh completed his internship in Internal Medicine at St. Elizabeth’s Hospital in Brighton MA, and Psychiatry Residency at Massachusetts General Hospital/Harvard Medical School, where he served as Chief Resident. This was followed by fellowship training in College Health Services Psychiatry in Cambridge MA, through Harvard University.

Dr. Fitzhugh holds the rank of Commander in the United States Navy Medical Corps where he served on active duty for four years, and is currently in the Navy Reserve.