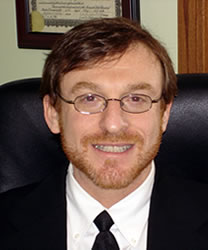 Like most doctors, I began my practice certain that my patients’ well-being would always be my first priority. I believed then, as I still do today, that the best treatment happens when I know my patients well and they are able to reach me easily, whenever the need arises.

But as my career progressed, I became all too familiar with the conflict between this simple and seemingly self-evident philosophy and the modern system of managed care. Frustrated by the difficulty of building meaningful therapeutic relationships within the confines of the managed care model, I began looking for a new approach. In a retainer practice, sometimes known as “boutique” or “concierge” health care, I found what I was seeking. Although still relatively rare, retainer practices are becoming more and more commonplace. In 2003, the American Medical Association issued these ethical guidelines, which I follow in my practice.

Almost universally, physicians in modern practice wish that they could concentrate greater time and attention on a smaller number of patients. The retainer practice model allows them to do just that. In a retainer practice, insurance companies no longer play a role in the patient-doctor relationship, meaning less bureaucracy and an elimination of the improper control and direction of medical care by insurance clerks. Most important, it gives doctors and patients the time to develop a personal relationship that ultimately leads to better care.