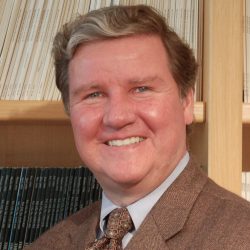 Ian A. Cook, M.D. is Director of the UCLA Depression Research and Clinic Program and started the UCLA TMS program in 2009. He is a Professor of Psychiatry and Biobehavioral Sciences in the David Geffen School of Medicine, and of Bioengineering in the Henry Samueli School of Engineering and Applied Science. He was the inaugural recipient of the Joanne and George Miller and Family Chair in Depression Research at UCLA, where he continues as a Research Scientist at the Semel Institute for Neuroscience and Human Behavior and the Brain Research Institute.

Dr. Cook received his bachelors degree from Princeton University and his medical degree from the Yale University School of Medicine. He completed his psychiatry residency training at UCLA's Neuropsychiatric Institute, where he was an NIMH-funded research fellow before joining the UCLA faculty in 1995.

Dr. Cook was elected to the Board of Directors of the Clinical TMS Society in 2013, the year it was founded. Previously, he served for many years on the Executive Committee on Practice Guidelines of the American Psychiatric Association, leading their work in electronic dissemination of evidence-based guidelines in psychiatry. A board-certified Psychiatrist, he is a Distinguished Fellow of the American Psychiatric Association. His biography is profiled in Who's Who in America and Who's Who in the World. He is the author of numerous publications on brain function in mental illness and in aging, and is an inventor on over 20 issued patents on biomedical devices and methods, including novel neuromodulation systems.